We are happy to be together again!

We had a very busy break, with a big wholesale show in Philly, a week of the flu afterward, and a lovely sunny week in Florida being with family. Our month flew by, and here we are open again.

Brian is manning the shop as I write this, so throw away that nasty commercial stuff and come on over for your fresh handmade soap! We have a new shop layout, new smells, and have restocked the discount basket too. 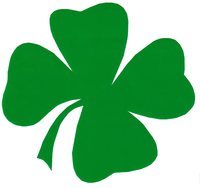 We are grateful for all of you, and welcome you back. We got so many lovely emails from well-wishers, and have more great news for everyone who’s been patiently waiting to hear:

We are finally getting to plant LAVENDER! 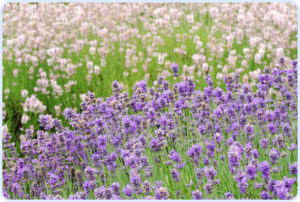 We’ll be ordering baby plants soon for our sunny, south-facing upper field. While our local terroir won’t produce the chemical profile necessary to distill oil from the lavender, it does produce lovely sturdy plants with abundant flowers. We hope it will be ready for u-pick this summer!

Thank you so much for an excellent 2015!
The shop has continued to grow, as each week new customers find themselves coming through the door. We are grateful to every new face we meet and all the familiar ones coming back in for more handmade goodies! 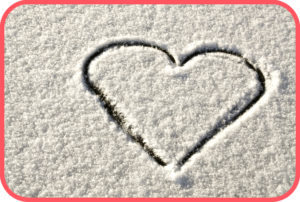 We are grateful also for the friends we’ve made, who’ve helped us during the challenges of Brian’s deployment. It is with complete joy that we approach the end of the separation we’ve faced, and we’re ready to write our next chapter together. Brian will finally be home in a matter of days. When he told me his flight number, the endorphin rush was better than all the aromatherapy in the shop!

While we cannot get back the past two years, we’ll own our time together going forward. We’ve decided to take advantage of the quiet of February to temporarily close up shop and begin to re-connect.

The shop will be closed Jan 31 and will re-open March 8.

We know you’ll need to get your fix before we close, so we’re giving fair notice! The shop will be open normal hours through Saturday Jan 30. Website orders can be placed during our holiday. There will be mass-mailing mid-Feb and again when when we re-open.

(I have a feeling the February closing may become an annual thing.) 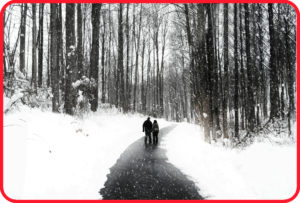 Pictured here is Heian jinju Shrine in Kyoto. What does Japan have to do with a little apothecary in Orange? Absolutely nothing, on the surface. This portion of my once-every-never posts is reserved for a peek into our private lives. 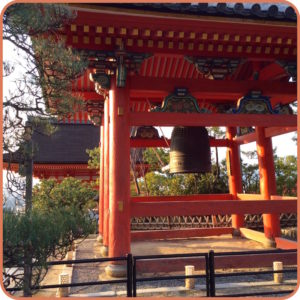 The convo about Brian’s picture:

Me: “Is that a Shinto Temple?”

Brian: “Shinto Shrine. Buddhist would be Temple. The Bell is outside the sacred ground and is used by the priests to wake up the gods. This shrine is surrounded by Buddhist stuff everywhere. The Japanese celebrate both. They’re pretty laid back about it, accepting both. Above all they appreciate harmony in all things and disharmonious attitudes are unwelcome.”

In other words, you have to be laid back and nice to fit in, kind of like Hawaii.

A bit more of Kyoto in October. Gets me in the mood for fall. 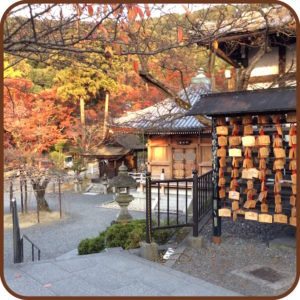 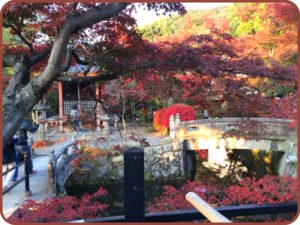 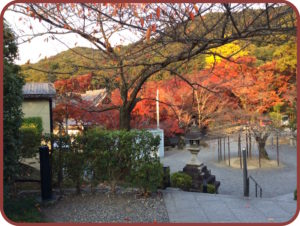 In four month’s time I’ll walk back into my life. That is to say, what I though was my “normal” life before this deployment was sprung upon us. Being a sailor’s wife isn’t for everyone, and while I avoid wishing away any portion of my life, I’ll be glad to welcome my sailor home to begin civilian life, together. We know there will be an adjustment phase after a two year deployment, but that’s what private retreats are for, and February is a good time for that.

(I sense a hiatus coming…)

Meanwhile, the apothecary is my happy place. So until Brian rolls into town during the cold embrace of mid-winter, I’m busy making fantastic stuff for you and teaching some shiny new classes.

I’ve traveled for family reasons or had shows (or both!) for the last 11 consecutive weekends. Being fully booked can be a good way to deal with…whatever, but this weekend, I got to stay home.

I spent yesterday morning installing (with pro electrical help) our whole house fan, taking two naps, hanging with friends for 4th bbq, and then slept 12 straight hours. S’pose that means it’s time to come to a complete halt. SO very grateful for 75º temps, and last night, 70º felt cold!!! Hope you’re all having a restful long weekend.

One of my best friends had a birthday yesterday, which means we’ll be the same age for a couple months, until my birthday. Then I get a day of transition. Then it’s the day my dad died.

I can talk about this right now, but not in a couple months.

This time of year also pushes the idea of the thinned veil between us and those who’ve gone. The saints get a day and the family gets a day. Is the veil really thinner? Or were they really there all along?

I’ve had a couple run-ins with ghosts, or spirits, or whatever they were. My instinct was to just let them be, and remind them to mind their own business too.

Skeptics, please do the eye roll. We both know you’re dying to. As you comment that you don’t believe in things you can’t see, remember that you can’t see farts either, but we certainly know they’re real.

When someone dies, the energy that was them has to go somewhere. It’s the law of physics. They don’t just stop being. Maybe they turn into a star a billion miles away.

I find comfort in belonging to the school who subscribe to the idea that physically, Heaven isn’t a shiny place in the sky, but an invisible plane that hovers just above where we walk. I don’t know if it’s six inches or six feet and don’t really give a damn, I just like feeling that Dad & Co are somehow close at hand when we need them.

Yeah, in my Heaven, they can fly around too if they want. They probably hang out with Angels and Guardian Spirits. Mine’s named Kevin and he smokes too much pot. Sometimes I get pissed and ask him what he was doing when I got this or that bad news, but generally he looks after me and I forget to thank him.

Dad, would you put in a good word for me? And when the veil does thin, I know you’ve heard a few good jokes you’re itching to share.

When Dad died in November 2008 he was a breath away from retirement. It wasn’t like him to die. He was fighting valiantly when a cancer-related infection took him at an age that I will always consider too young.

His was a life of duty. We didn’t have fine things or fancy cars, but he provided for us and we were secure. He spent the whole of his adult live working to support his family and before that served his country in Vietnam where he was exposed to the Agent Orange that would later kill him. The VA finally admitted that Agent Orange causes the cancer that took Dad, shortly after his passing.

It was supposed to be his turn to give up the 12 hour swing shift, to be able to putter in his garden, fish whenever, and enjoy golden years together with Mom. He didn’t get any of this. He didn’t get to watch his grandchildren grow up.

I didn’t pick my job. It picked me and I do it for two reasons. I’m doing something I love now because none of us were promised 70 years, and I want to go down for that long sleep having done as much as I could.

To my dad, my husband, to every American veteran both living and gone, I give thanks from the bottom of my heart for the liberty to do a job I love.

Mmmm…chilly nights and cozy fires. We just lit our first fall fire a couple nights ago and settled in for evening “couch time” – that moment when we finally unwind and restore at the end of a long day.

Military family separation is a complex issue. There is a bizarre psychological cycle that many military couples undergo before a separation. Before he leaves, neither of them can stand to be around each other, everything the other one does is an irritation, and they can’t wait for the separation to begin. All the angry noise may be invalid, but building up that artificial fight beforehand is part of the self-defense mode that the mind goes into.

As a couple, we have managed to escape that cycle, largely, because we knew to expect it. It helps that I’m independent and have done my own roaming ’round far off lands. But I once experienced an unexpected anger that popped up immediately after he came back from a very long deployment. I was completely thrown off, because I was so glad to see him, had missed him for so long, and did not understand. Experience and family support classes with the Navy had prepared him for this, and he explained it very simply: “You’re mad at me because I went away.”

Comprehending the “Why” did make it easier to process. Yesterday morning I kissed my sailor and saw him off for a trip that will have him gone for Valentine’s Day. In nine years, I think we’ve had three together. I don’t try to keep count of holidays together vs missed, which is part of the complexity I was talking about. It’s just too difficult to keep track.

Yesterday was no easier or harder than any of the others. It doesn’t matter if he will be gone days, weeks, or months. The day before there always comes a moment when I burst into tears and ask him to please not go. There’s no help for it, and it’s better to let it out than keep it in. I snivel for a few minutes, then it’s over and I’m okay. He knows he’s loved and will be missed, and importantly, knows that I’m okay. I’ve got my candle-making work, family & friends, tai chi, and our three furry kids to focus on and keep busy. Okay, so making aromatherapy candles doesn’t really feel like work, but still, it’s a business…

Will we both be bummed on Valentine’s? Yepper. Will we have a make-up Valentine’s date? You betcha.

I miss you, my sailor, and thank you for your service.